The epic ninja adventure celebrates 20 years with the Year of Naruto!

Naruto is a young shinobi with an incorrigible knack for mischief. He’s got a wild sense of humor, but Naruto is completely serious about his mission to be the world’s greatest ninja!

Author/artist Masashi Kishimoto was born in 1974 in rural Okayama Prefecture, Japan. Like many kids, he was first inspired to become a manga artist in elementary school when he read Dragon Ball. After spending time in art college, he won the Hop Step Award for new manga artists with his story Karakuri. After considering various genres for his next project, Kishimoto decided on a story steeped in traditional Japanese culture.

His first version of Naruto, drawn in 1997, was a one-shot story about fox spirits; his final version, which debuted in Weekly Shonen Jump in 1999, quickly became the most popular ninja manga in the world. The series would also spawn multiple anime series, movies, novels, video games and more.

Having concluded the series in late 2014, Masashi Kishimoto kept himself busy penning continuing adventures in the Naruto world, including the manga Naruto: The Seventh Hokage and the Scarlet Spring and the story for Boruto: Naruto the Movie, both of which focus on the title character’s son, Boruto.
Follow Final DVD Set trailer! Rasengan Collection trailer

Free Manga for All!

Free Manga for All!

With the Infinite Tsukuyomi finally activated, the ninja world is plunged into darkness. But worse still is that Kaguya has been resurrected. With Naruto and Sasuke working together, they have the power to seal her away for good. But just when it seems that the ninja world can find true peace, one more obstacle appears. With their differing ideals on the line, Naruto and Sasuke will determine the future of the world in this final fight!

Check out Naruto art books, novels and other special releases 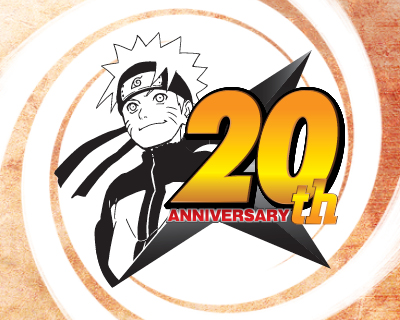