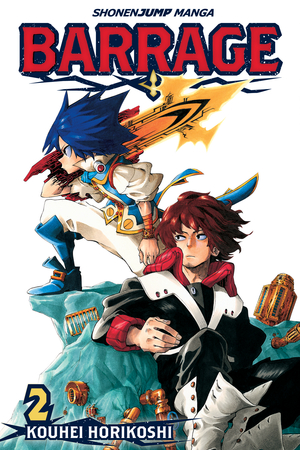 Astro and his loyal knight Tiamat’s wild adventure of freeing Industria from alien invaders gets a lot more complicated in the city of Maseille. There they will have to defeat aliens who subjugate the city with a seemingly omnipotent power known as Dark Energy, and whose leader has a deep connection to Astro’s past.

Use the left and right arrow keys to change pages.
Add / Remove Bookmark: Once a bookmark is set, click on the icon above the page slider at the bottom to go directly to that page.
Single-Page Mode / Double-Page Mode: Choose between displaying one page at a time or two.
Zoom In / Zoom Out: Zoom in or out of the displayed page(s).
Fullscreen Mode: Enlarge the reader to edges of the screen. Press [ESC] to exit fullscreen mode.