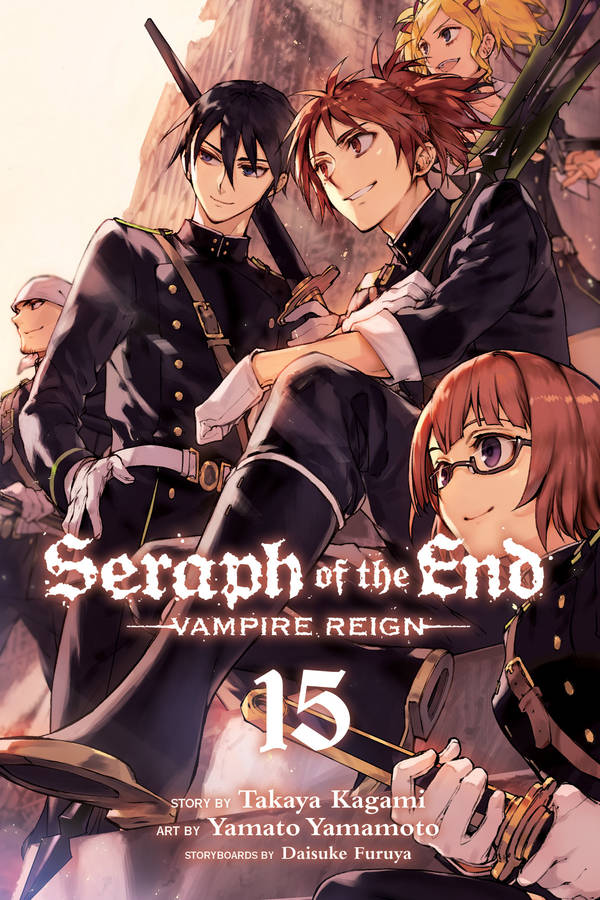 With Ferid and Krul undergoing exposure torture, the only one left who can help Yuichiro and his friends is Guren! But Guren has secrets of his own that he’s willing to hurt his friends to protect. Meanwhile, Kureto wages war in Shibuya against his father in a coup d’état. Will he be able to defeat his father and take over the Demon Army, or will this move spell his own demise?

Get the whole series

If you like Seraph of the End, VIZ Editors recommend:

Use the left and right arrow keys to change pages.
Add / Remove Bookmark: Once a bookmark is set, click on the icon above the page slider at the bottom to go directly to that page.
Single-Page Mode / Double-Page Mode: Choose between displaying one page at a time or two.
Zoom In / Zoom Out: Zoom in or out of the displayed page(s).
Fullscreen Mode: Enlarge the reader to edges of the screen. Press [ESC] to exit fullscreen mode.